The everyday use of drones in agriculture still seems sci-fi to many, and in most cases those interested in the issue have only been aware of the role of unmanned aerial vehicles in agriculture for a few years. Nevertheless, decades of testing, development and history are behind the technological innovations that are making the news today. Thanks to their ever-growing popularity and a recent call for precision tenders, agricultural drones can finally be taken off the drawing board and into the hands of farmers, where they were always intended.

In this article, we also present the history of spray drones, the potential of current drone technology, the future of the industry and the opportunities for applications for agricultural drone solutions.

The difficulty of accessing inaccessible areas, the damage caused by machinery and the difficulty of carrying out precise spot treatment are all aspects that have played a central role in getting farmers to consider the possibility of aerial spraying. Converting well-functioning aircraft might seem a logical step, but piloted aircraft were in many ways unsuitable for accurate and precise work, and there were also problems with the efficiency of the work. Of course, there are many tasks for which crop-spraying aircraft were the perfect solution and are still used in many areas, but their limitations prevented them from addressing the shortcomings of classical technologies. However, thanks to the development of technology, a new tool was born which revolutionised agriculture. 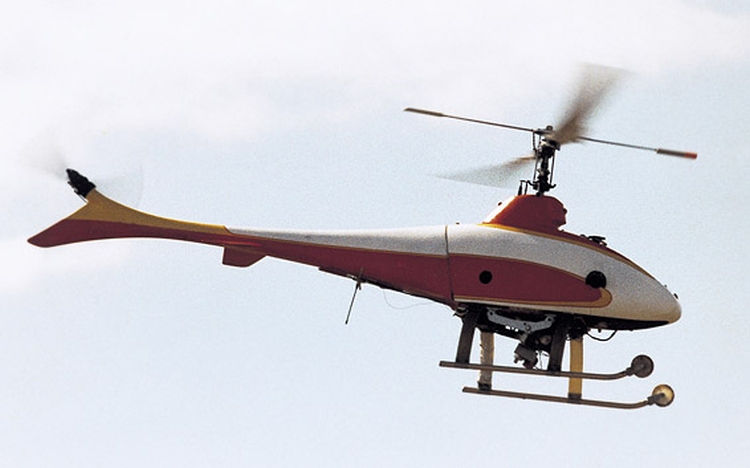 In the early 1980s, there were already a few experimental unmanned aerial vehicles that designers wanted to develop to solve various agricultural problems, but the real breakthrough came in 1983, from Japan. The island nation was experiencing an extraordinary economic and technological boom at the time, and a new generation of engineers was eager to explore development opportunities. The government often invested in innovation research, and the even then world-famous Yamaha and the Ministry of Agriculture, Forestry and Fisheries collaborated to design an unmanned aerial vehicle for agricultural use. From the outset, the engineers wanted to build a miniature helicopter, but they had to overcome a number of obstacles to make it a reality. Initially, they tried to build the device using snowmobile parts, but the drone, named R-50, was launched in 1987 and took to the skies using a scaled-down helicopter engine. The need to use explosion engines was due to the lack of battery power at the time. After a few years of testing, in 1991 the use of the technology was licensed by the government and a year later the first unmanned helicopter race was held. The R-50 had an unquestionable impact on the development of industrial drones, as it was the first widely available unmanned device for spraying, and its 15 kg payload made it suitable for carrying complex systems.

2 million hours in the air

Although many companies began experimenting with industrial drones after the success of the R-50, the rightful successor to the pioneering helicopter also came from Yamaha. The Rmax, introduced in 1997, was an improved version of the R-50. The unmanned helicopter still ran on fossil fuels, but its efficiency, automated operation and ease of handling paved the way for the spray drones of the future. The model was a major international success, and for many, it was the tool that made the inevitable advance of agricultural drones clear. The unmanned helicopters in use today have already logged more than 2 million hours in the air, according to the manufacturer’s calculations. 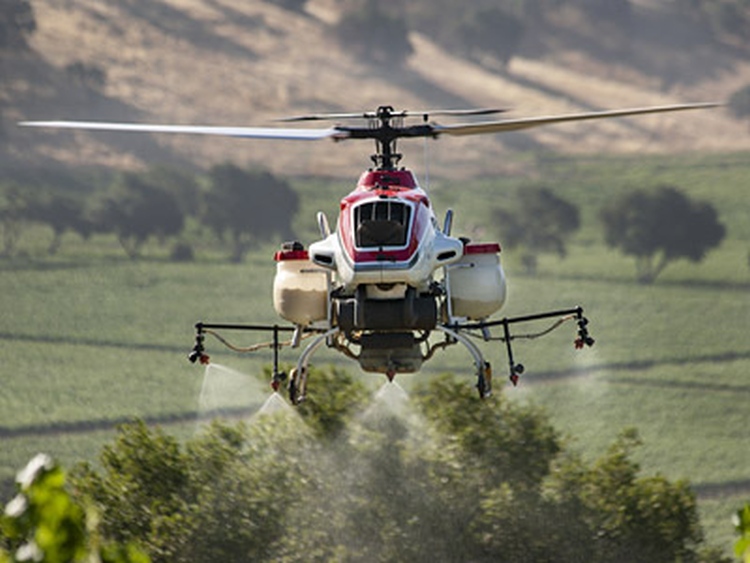 The century of drones

The clever solutions and automated operation made popular by the Yamaha Rmax became the key features of spray drones by the early 2000s. Fuel tanks were replaced by high-powered batteries, and helicopters by quadro- and hexacopters (four- and six-rotor machines), but ease of operation and versatility remained among the biggest advantages of unmanned aerial vehicles. Thanks to advances in technology, the role of agricultural drones has become unquestioned. A number of new drone companies have emerged, almost all of which have developed devices for agricultural use. In 2015, one of the fastest growing companies, DJI, did the same. The Agras MG-1Sa was a power demonstration of spraying drones. The company’s work in designing residential and hobby drones was watched around the world, and the launch of the agricultural drone reached unprecedented crowds. High-performance batteries, modularity and extreme precision are features of the Agras MG-1S that are expected to be defining characteristics of spray drones for decades to come. 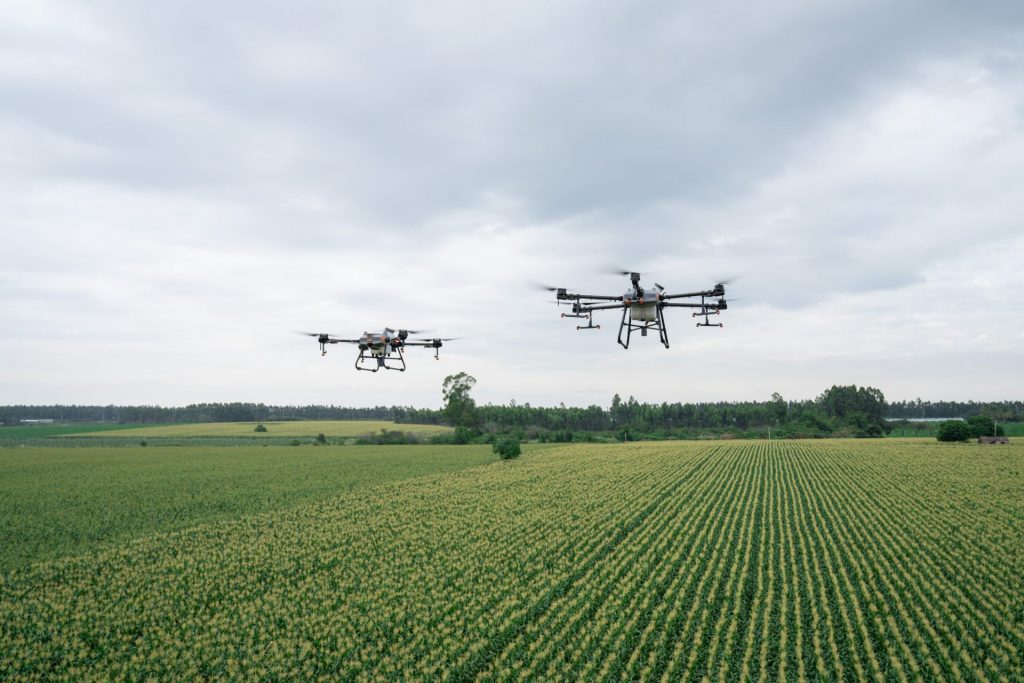 Standing out from the growing international competition is the WJH20 spraying drone, which is a combination of the spraying system and its carrier, the Drone Volt Hercules 20 industrial drone, jointly developed in Hungary by ABZ Drone and Mould Tech. Like all models of this generation, the Hungarian system is characterised by precision and smart solutions. These include the use of rotor blades and an adjustable droplet size that is 98% identical. Thanks to the unique nozzle and droplet formation, up to 90% water and 50% pesticide savings can be achieved during spraying. The 10 litre tank has a working width of seven metres, so it can cover up to 60 hectares a day. The sophisticated guidance system makes it easy to tackle outlying and hard-to-reach areas. In addition to technological innovations, the sprayer drone has the advantage of being designed for specific conditions in Hungary and Europe. The tool, which is also certified by the NAIK, gives local farmers the opportunity to learn about the technology and use it effectively. 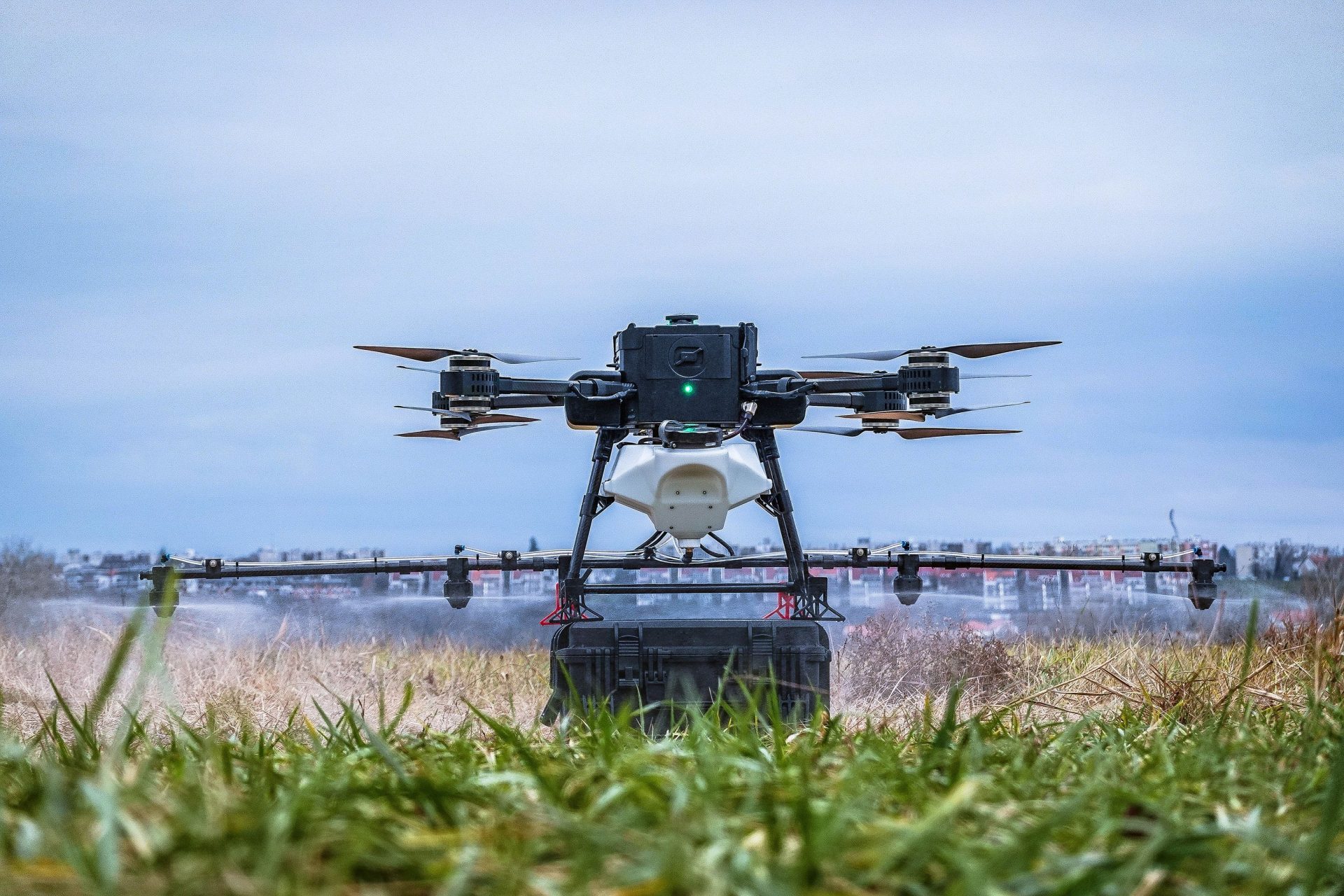 A new chapter in history

As technology advances, more and more users are getting spray drones. In some countries, the use of unmanned aerial vehicles in agriculture is commonplace, while in others it is still in its infancy. Hungarian farmers have entered a new chapter in the use of drones in agriculture, thanks to a recent call for applications for precision farming tools, including drones and software. The HUF 100 billion tender is expected to support 1 500-2 000 projects. If you are interested in the opportunities offered by precision solutions, contact our team of experts who will help you navigate the world of industrial drones!