Learn how drone-mounted thermal imaging cameras work and how to use them.

It is generally accepted that most work processes can be made easier, faster and more efficient by processing the information available. This is particularly true in the agricultural sector, where modern precision farming has become a key factor in automating processes and successfully collecting and using data. In this article, we will present a tool that, with the help of the right industrial drones, can greatly facilitate the collection of information needed to run a successful farm. Thermal imaging cameras are not among the most modern inventions, but thanks to the ever-evolving unmanned aerial vehicles, they are already making it much easier to conduct agricultural surveys.

How does a thermal imaging camera work?

Like light, heat is radiation with a unique wavelength. At first glance, this analogy may seem strange, since for humans, light and heat are two concepts that are far apart, and we perceive and relate to these effects differently. In reality, however, the two phenomena operate according to the same rules, so they are observed and recorded according to the same principle. Optical cameras use a sensor to record the light reflected from objects, which is easy to understand, as the human eye works in the same way, detecting the reflected radiation, which we see as different colours depending on its wavelength. However, there are wavelengths beyond the colour spectrum visible to humans, such as infrared and ultraviolet. Thermal imaging cameras record infrared radiation that is invisible to the naked eye using special sensors and lenses. All objects have some level of infrared radiation that changes with heat, the hotter the object the greater the infrared radiation. Thus, the cameras only record the amount of radiation, from which the temperature of the object can be determined. The biggest advantage of the technology is that it allows us to quickly and efficiently measure the temperature of objects over a large area, and to obtain information that we would be unable to measure with our senses, either very inaccurately or not at all.

The history of thermal imaging and the discovery of infrared radiation

Infrared radiation was discovered by Sir William Herschel in 1800. An interesting detail is that in an early experiment in 1901, Samuel Pierpont Langley was able to detect infrared radiation from a cow at a distance of 400 metres using an instrument he made himself. Although the phenomenon was researched by several prominent physicists, it was not until the First World War that a real breakthrough was made, so it is fair to say that agriculture played a major role in the initial use of the technology. As with most of the technical devices used today, thermal imaging cameras are the product of military developments. As a testament to the huge changes that have taken place in recent decades, cameras used before the 1970s needed up to an hour to process a single image. Persistent research and development led to the emergence of smart sensors in the 1990s, which resulted in a significant price reduction and the proliferation of agricultural and industrial solutions. Today, thermal imaging cameras are a widely available product and are used in almost everything from agriculture to construction and the military.

In agriculture, the technology is commonly used to identify diseased and infected crops. This is an area where the unique advantages of drones are extremely useful, as they can be used to map large areas of plantations from high altitude, easily reach the most inaccessible areas and work without trampling damage. In addition to the presence of parasites, acidity, water requirements and stress levels can be easily determined by thermal mapping. For example, when designing water pipes and sprinkler systems, a thermal imager can provide important and crucial information. In addition to monitoring plantations, thermal imaging also makes it easier to monitor and keep an eye on livestock. 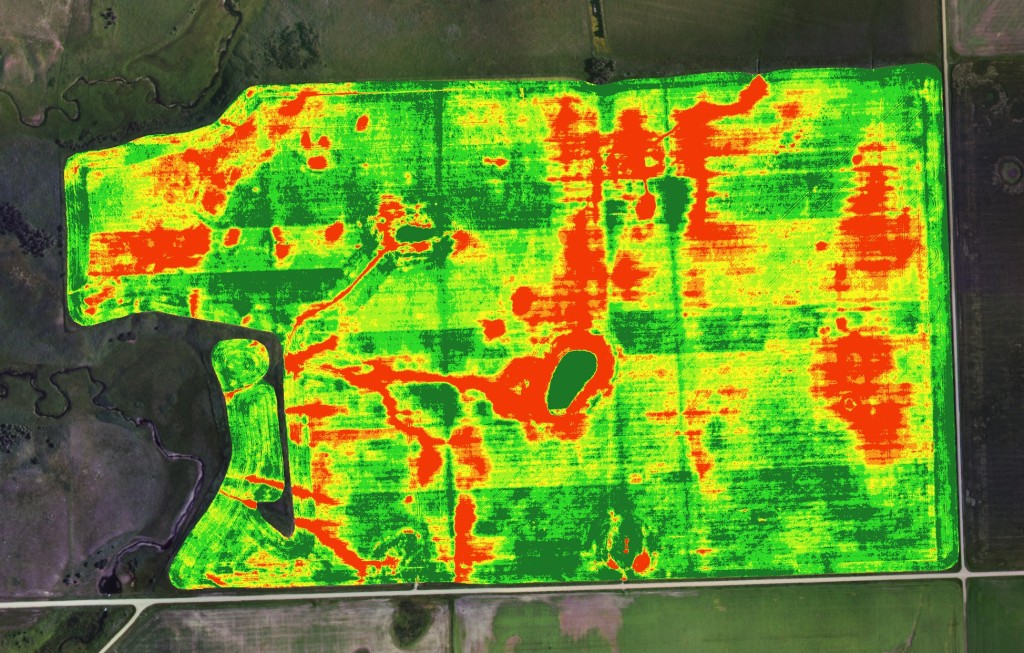 The most commonly used applications include the survey of buildings and roof structures. The energetic condition of residential and commercial buildings can be easily determined by means of thermal images taken from above. The early detection of defective insulation elements and thermal bridges can significantly assist engineers not only in renovation but also in the initial design stage. Also for use in the construction industry is the condition assessment of roads and bridges. At first sight, the use of thermal imaging cameras may seem unjustified, but the differences in temperature can provide accurate information on the erosion of roads and the stability of bridges. It is drones that make this type of survey really effective, as they minimise risky and dangerous work, especially when carrying out bridge surveys. Instead of industrial mountaineers and complex scaffolding systems, a single drone equipped with a thermal imaging camera and a trained drone pilot is enough.

The third most important application for drone-mounted thermal imaging cameras is in the energy sector. The technology is mainly used for monitoring and maintenance of solar farms, power plants and power lines. The manual monitoring of large-scale solar power plants would require a huge investment in time and energy, making the use of industrial drones the only truly effective solution. It is easy to spot failed panels in aerial images, as the temperature of problematic devices is typically very different from that of perfectly functioning units. 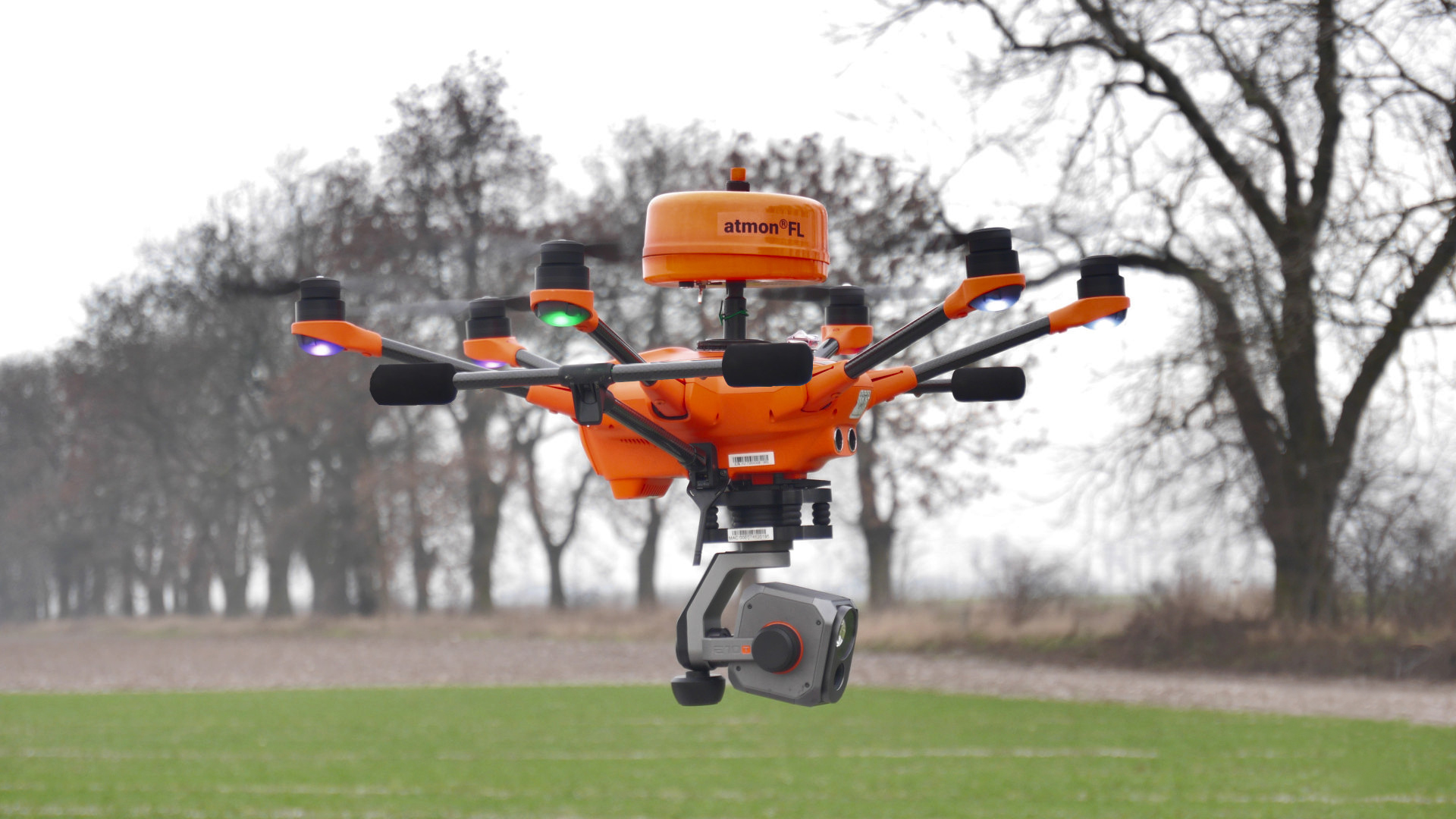 Become a part of the future of precision farming!

Agricultural drones make farming more efficient. More and more people are discovering this. Be one of the first to take advantage of these revolutionary tools and build your farm! Nothing is more proof of the advance of this new technology than the fact that farmers can apply for agricultural drones and software under the planned Precision Machinery tender. The aim is to boost the competitiveness of the arable and horticultural sectors through the use of new, innovative technologies and services. It is expected that between 1500 and 2000 projects will be supported under the HUF 100 billion tender.